The Geek was how we best knew the Anthony Michael Hall of the 80’s. Sixteen Candles, The Breakfast Club and Weird Science saw him play all similar types of character. After a decade out of the limelight, he’s come back to have his own hit show, The Dead Zone, as well as a role in the movie of the year, The Dark Knight.

Anthony was born Michael Anthony Thomas Charles Hall but dropped the Michael and the Charles. His career began in the late 70’s, appearing in various commercials before a couple of solid screen performances in the TV movie The Gold Bug followed by the 1982 Kenny Rogers film Six Pack. 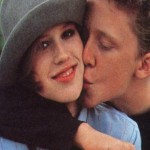 The next part of Hall’s career would surround his relationship with John Hughes, starring in Sixteen Candles, The Breakfast Club and Weird Science. In Sixteen Candles, Hall was cast as the geek, Farmer Ted. He really stole the movie with his performance and this led to similar roles in both The Breakfast Club (Brian Johnson) and Weird Science (Gary Wallace). All three roles were in the geek mould and all were played to perfection by Hall.

Worrying about being typecast, Anthony turned down parts written specifically for him by Hughes in both Ferris Bueller’s Day Off and Pretty In Pink. Hall instead took a part in 1986 film Out Of Bounds, a critical and financial disaster, taking only $5m at the US Box Office.

Hall was offered the lead in the 1987 movie Full Metal Jacket but negotiation broke down. “It was a difficult decision, because in that eight-month period, I read everything I could about the guy, and I was really fascinated by him,” Hall said when asked about the film. “I wanted to be a part of that film, but it didn’t work out. But all sorts of stories circulated, like I got on set and I was fired, or I was pissed at him for shooting too long. It’s all not true.”

At the age of 17, Anthony Michael Hall became the youngest ever member of the cast of Saturday Night Live. He didn’t stay with the show long and never really achieved what he wanted to although he was grateful for the learning experience.

After a two year battle with drink, Hall returned to the big screen with a part in the 1990 hit Edward Scissorhands, opposite Johnny Depp and Winona Ryder. Next came a few low budget movies before starring alongside Will Smith in Six Degrees Of Separation. Hall described this as “the hardest role [he] ever had.”

In 1999, Hall landed the part of Bill Gates in The Pirates Of Silicon Valley. Hall was widely praised for his portrayal of Microsoft billionaire Bill Gates. “I really fought for this part because I knew it would be the role of a lifetime,” Hall said. “It was a thrill and a daunting challenge to play someone of his stature and brilliance.” 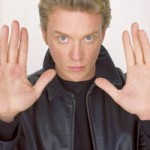 2002 saw Hall come back to somewhere near his success of the 80’s with the lead role in TV show, The Dead Zone. Hall plays Johnny Smith, a small town teacher involved in a car accident that leaves him in a coma for six years. He awakes with certain powers and visions that he eventually uses to help solve crimes. The show debuted on June 16th 2002 and drew the highest ratings for a premiere than any other cable series in television history.

The Dead Zone is currently into its 5th season and has been picked up for a 6th, due to start in the summer of 2007.

“Playing a character that develops from within was very attractive to me. In playing this part, it is challenging to find the mind, body and spirit for the role of John Smith. I do watch Star Trek episodes a lot more closely now!” (On why he chose the character Johnny Smith, in the Dead Zone)

“I grew up in the public eye. I can’t hide from that. I always embrace the work I’ve done before. I wouldn’t be where I am now if it wasn’t for those movies. I’m always baffled by actors who are like, ‘I’m not going to talk about the ’80s.’ What? You’re just forgetting that whole experience? I feel very fortunate to have been able to do those films. It gave me the tools I needed to be where I am.”