It's the time of year where staying inside holds more appeal than venturing out into the cold, wet and windy world! Here we take a look at four Brat Pack movies which make great viewing curled up on the sofa under a blanket! The OutsidersFrancis Ford Coppola's 1983 effort The Outsiders came off the back of huge critical acclaim for both The Godfather and Apocalypse Now. … END_OF_DOCUMENT_TOKEN_TO_BE_REPLACED 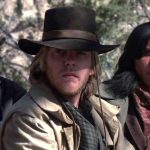 Released in the summer of 1988, this 'Brat Pack Western' hold plenty of appeal. Directed by Christopher Cain and written by John Fusco, Young Guns sees Emilio Estevez star as the legendary William H. "Billy the Kid" Bonney. Billy is one of a number of Young Guns hired by Brit John Tunstall (Terence Stamp) to work on his ranch. Tunstall attempts to instill values and a … END_OF_DOCUMENT_TOKEN_TO_BE_REPLACED 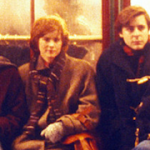 While certain members of the Brat Pack appear to have retired from working in front of the camera (Emilio Estevez springs to mind!) some are still very much active in the world of both film and TV. There's definitely been some serious diversification in the last thirty or so years, and things aren't as high profile for the accomplished eight, but there is still some highly … END_OF_DOCUMENT_TOKEN_TO_BE_REPLACED